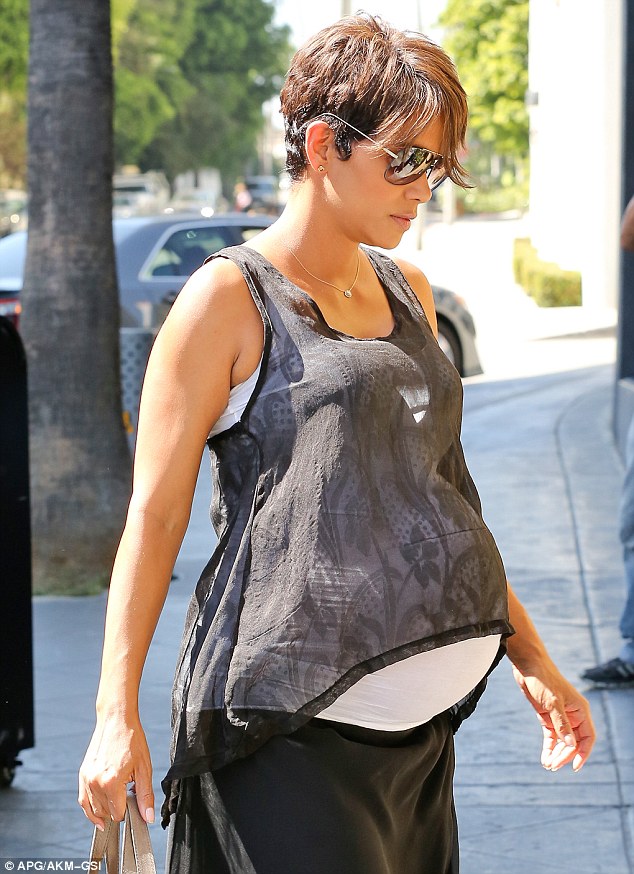 It is her second child and her first with French actor Olivier Martinez.

The couple married secretly in France two months ago after dating for close to 3 years.
Halle Berry and Martinez met on a film set in 2010.

Berry has been married twice before and has a five-year-old daughter, Nahla, with Canadian model Gabriel Aubry.

Check out Nahla’s photo below;

Pictures of Halle Berry’ baby boy has not been released to the media.