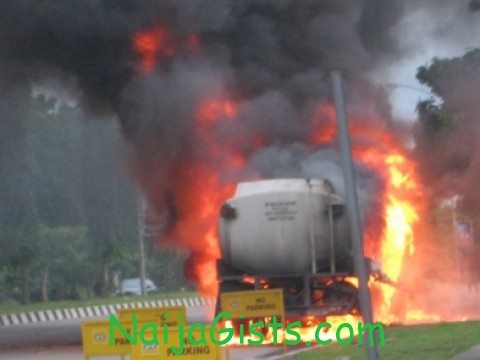 On Tuesday Sept 25, 2012, over 20 people were reported to have lost their lives tragically when a petrol-laden tanker caught fire in Kudu village off Bida-Mokwa Road in Niger State, Nigeria. naijagists.com

An eyewitness claimed the tanker driver lost control while trying to navigate a sharp corner around the village.

One police officer was confirmed dead while trying to rescue some victims.