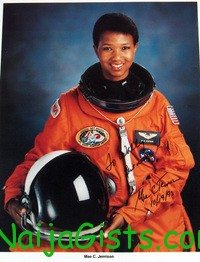 Prof. Ita Okon Bassey, Minister of Science and Technology, Thursday, said that Nigeria would by 2015 put its first set of astronauts to space. naijagists.com

He said the move was part of government efforts to boost the economy through space technology.

He also said technology transfer agreements between Nigerian entrepreneurs and their technical partners abroad had saved Nigeria over N16 billion between May 2011 and March 2012.

The Minister, who spoke at the 2012 ministerial platform, one year score card, organized by Ministry of Information in Abuja, said training of the first set of astronauts to be sent to space would soon commence.

On savings from technology transfer agreements, the minister said: “The highest amount of money that was saved was in September 2011 with over N5.3 billion followed by N3.8 billion and the lowest amount was N89.8 million in August 2011.

“Nigeria shall vigorously pursue the attainment of space capabilities as an essential tool for the socio-economic development and enhancement of the quality of life of its people.

“20 technologies are transferred on weekly basis through training for establishments of small medium enterprises.

He said the ministry signed eight Memoranda of Understanding (MoU), with private sector companies for use of technologies developed by parastatals of the ministry.

On leather technology, Prof. Ewa said there was a strong improvement of production of leather foot wear and products.

He called on the Ministries of Defence and Interior to patronise the ministry by buying their military boots and other accessories from it.

He noted that the ministry had already trained over 150 entrepreneur’s from Benue, Kaduna, Kano and Sokoto states, adding that these had created jobs for so many youths in that area.

He assured Nigerians that more youths would be trained on the making of leather foot wears.

He said: “Utilization of coal for industrial chemicals production will create jobs and save foreign exchange.

“Municipal solid wastes, which are environmental hazards, is now being converted to wealth as well providing a cleaner environment. Liquid fuels from coal technology are a hitech area and Nigeria venturing into it is a necessary pre-condition in attaining vision 20:20:20. The skill we acquire will make us globally competitive.”