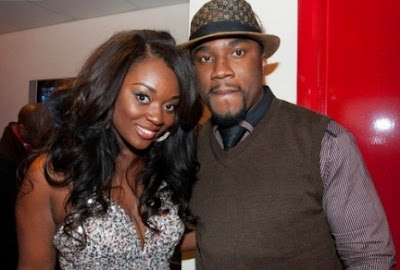 Bobby Obodo used to be a rich Nigerian big boy until he ventured into Nollywood from his new base in Canada. Prior to that time as well, he has had connections with some prominent names in Nollywood who have been his friends. It was some of these friends of his however, who lured him into acting and he got his first stint in the industry when he featured in Emem Isong’s movie “Weekend Getaway.” Since then, Bobby has featured in some other big movies.

He however hit big headlines not too long ago when news broke out that he is the new man in Ghanaian star actress, Jackie Appiah’s life. Last week, TOPE AILERU caught up with Bobby at a hotel in Lekki in Lagos, where he was staying alongside other movie stars on the set of a new movie, “First Cult.” He spoke to him in this interview where he opened up, for the first time about his relationship with Jackie Appiah and how he got into movies, among other issues.

Tell us how you found yourself in the movie industry?

I got into the movie industry in 2011, October to be precise. For me, acting is like something I just stumbled on. Like my colleagues used to tell me, I initially didn’t cut that picture of an actor really. I think I just found myself in the movie industry by chance. I have one of my friends, Ini Edo who used to tell me like “guy you need to give this acting thing a shot, it doesn’t matter whether you are a big boy or not. Nollywood is really growing and we need guys like you to come in.”

I didn’t pay any attention to it initially, until not too long ago when she started repeating it. It was then that I said to myself “why don’t I give this thing a trial.” Ini Edo then introduced me to popular movie Director, Emem Isong. I was not in the country that time and I got talking with Emem Isong, who told me she had a project that she was working on, and that if I don’t mind I could join in it. That was how it all started. I took the offer and got myself into Nigeria. At that time, what I had in my mind was that she was just going to hand me a minor role, but what I met got me amazed.

It was the shooting of “Weekend Getaway” in Uyo. It was a big project, which had the likes of Genevive Nnaji, Ramsey Noah, Monalisa Chinda, Uti, Ure Eke, Beverly Naya and a host of others. It was directed by Desmond Elliot. I was surprised when she handed me a Co-lead actor role in the movie. I was amazed by the trust she had in me to have given me that role because that would be the first time I would be standing in front of the camera. I have never handled a script prior to that time.

So, in the last 2 years that you have been in the industry, what are the other projects you have worked on?

After Weekend Getaway, I have done a couple of other movies. My first movie was shown to the world in September 2012. That was the first time I was actually shown to the world. So in addition to Weekend Getaway, I have done movies like Mrs. Somebody, Volunteers, Reflections, Still Standing and there is this one I am working on presently, called “First Cult.”

Before you decided to move into the movie industry, what were you doing?

Actually, I don’t really like to give much details about my private life and business. I am an international businessman. I have a company that has branches in some key African countries. I am also into political activism, especially in my base in Canada. I have branches of my business in Nigeria, Ghana and Sierra Leone. I have also been doing some of my political activism in Africa. If you do some research, you will see some of my Youtube video blogs and all that.

Have you always lived in Canada?

I was born in Nigeria. In fact, I moved to Canada when I was 21. I was born in Warri, Delta State. I am a Delta-Ibo. I grew up in Warri. Before I left for Canada, I had gained admission into University of Benin for a diploma course in Sociology, which I couldn’t finish.

What informed your decision to move to Canada?

You may want to take it like being a search for greener pasture, but for me, it was just a guest another life, somewhere else. At that point actually, I haven’t actually gotten a clear picture of what life was going to be, but I decided to move to a better environment where I could plan my life better.

Since you joined the movie industry, what would you say has changed about you?

It has been opening doors for me actually. I have also been getting overwhelming love from fans. Before now, I used to be a very private guy but now when I step out, I have people who come to say “hi, you are that guy in the movie?”

One big story that actually got you a big headline in the media lately is your reported romance with Ghanaian star actress, Jackie Appiah. Can you give us your reaction to that story?

Well, I just woke up one morning like that and I started getting loads of messages and calls on my phone, with people asking me if I had seen or read the stories being carried on blogs and the social media about me and Jackie dating. So when I checked, I saw that the pictures that they were spreading about were the pictures that we took on location while filming the movie “Still Standing” in California, USA. I was very surprised. But the fact is Jackie is my very, very, very good friend.

There were reports of both of you being seen together at some private places on some occasions. Do yo think that could have been responsible for the stories?

Well, I can’t really tell about that. Like I have told you, Jackie is my very good friend.

But how exactly would you describe your relationship with the actress?

How long have you been friends?

Based on the fact that you have been close to Jackie for a while, how will you describe her?

Jackie is a beautiful soul. She is a wonderful person. I strongly believe Africa has done so well to have put her on that high pedestal where she is today in Africa and globally. She truly deserves it.

You are in the limelight now, and you certainly have the look of a lady’s man. How have you been handling women?

I appreciate women a lot. They form a big part of our fan base and there is no way one could do without them. Obviously, every man would love to have women around him, appreciating what he does, but there is always that point where one must know where to draw the line.

Are you in any relationship now?

Do you have kids?

Saying that means you are in a relationship at the moment. Can you tell us who the lady is?

Yes, I am taken… someone who is close to my heart has hooked me. You can make whatever conclusions you want to make from that.

Are you sure there is no story you are not telling about you and Jackie? There had been people in the past who have denied being in a romance, but the truth later came out that they were actually dating.

Jackie is a special woman. Tell me, which man would not want to be with her? I think it is an honour for any man to say Jackie is my woman.

So what would it be like if you find yourself in the shoes of such man?

(Laughs). Of course, I won’t deny myself of such thing now.