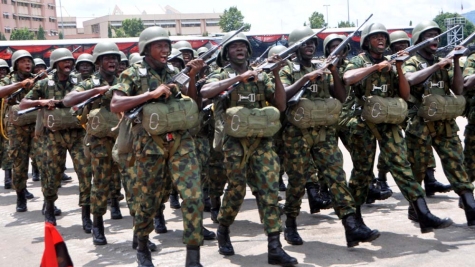 The Nigerian Army yesterday convicted one of its officers for defrauding the Bayelsa State Government. The officer identified as Lieutenant Colonel David Ahangba was found guilty of two-count charge out of the four counts for which he was initially charged and was subsequently handed a seven year jail sentence.

Delivering judgement at the end of its sitting in Lagos, President of the Court Martial, Brigadier General Edward Nze said the officer should also refund the sum of N150million to the Bayelsa State Government.

General Nze urged the Economic and Financial Crimes Commission (EFCC) and the Military Police to ensure the money is recovered from the convicted officer and handed to the Bayelsa State Government.

However, Nze said the decision of the court was subject to confirmation by the Army headquarters, which is the convening authority, adding that the officer serving the sentence automatically means he is dismissed from the force.

He said: “As a rule, ex-convicts don’t serve in the armed forces and so if the superior authorities enforce the decision of the court, it automatically means that the officer has been dismissed.”

The convicted officer was arrested in 2012 following a letter from the late former National Security Adviser (NSA), General Andrew Azazi, which was directed to the Army headquarters stating that the officer impersonated him to obtain money from Bayelsa State Government.