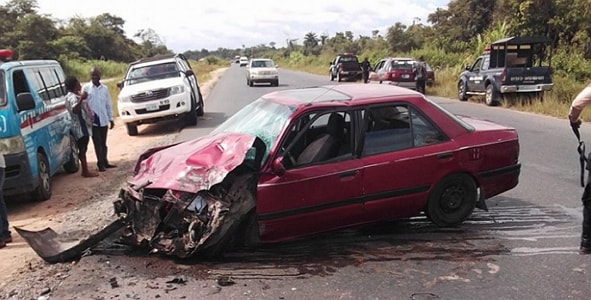 Occupants of a vehicle with #KHL 382CL escaped a near fatal accident at Zarama area of Bayelsa state over the weekend.

According to reports, the Ford Ranger vehicle somersaulted over 10 times after an head on collision with a taxi.

But as God will have it, no death was recorded as all the 6 victims of the vehicle including a pregnant woman came out unhurt. 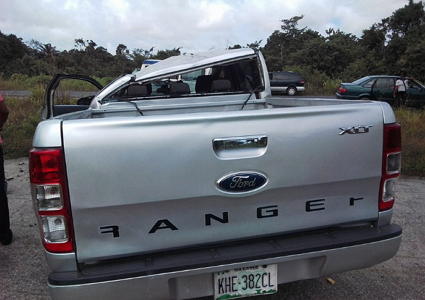 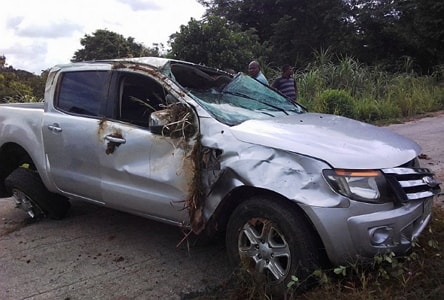