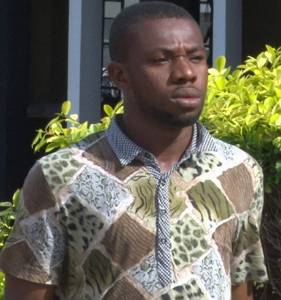 The EFCC today arraigned a businessman identified as Chinonso Samuel Ofoegbu before Justice Kuewumi Babs at the Federal High Court in Ikoyi over his failure to declare the total sum of 52,201 USD and 320 British pounds found on him by the NDLEA while attempting to cross Seme Border in Badagry LGA of Lagos state.

The suspect who was consequently handed over to the EFCC today pleaded not guilty and was granted bail in the sum of N5million with one surety in like sum.

Because he could not perfect his bail conditions, he was ordered remanded in prison custody.

He will return to court for trial on the 24th of September 2018.