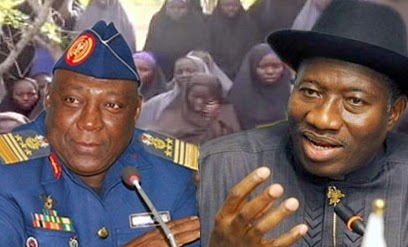 Nigerian Federal Government on Tuesday said an intense dialogue with Boko Haram terrorists to secure the release of the kidnapped Chibok School girls is still ongoing.

The Attorney General of the Federation, Mr Mohammed Adoke disclosed this in a closed door news briefing at the State House in Abuja.

Adoke said that the service chiefs briefed the Council on the negotiations with the sect, aimed at securing the girls’ release, as well as reviving the ceasefire agreement between both parties.

The Chief of Defence Staff, Air Chief Marshal Alex Badeh, declined to speak to correspondents after the meeting, which lasted for about two hours.

We hope they are negotiating with the real Boko Haram terrorists this time around.