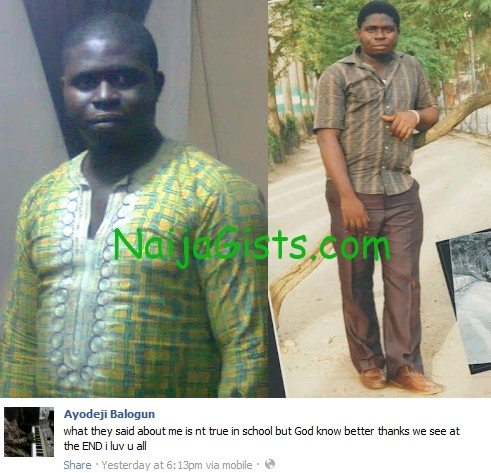 Ayodeji left the following messages on his Facebook status before killing himself this morning.

What they said about me is nt true in school but God know better thanks e see at the END i luv u all.

Early Tuesday morning, Ayodeji injected himself with Go 90 and hanged himself on a Mango tree at his home in Iyana Ipaja, Lagos State Nigeria.

Before his untimely death, he was a student of the National Open University in Lagos State. He graduated from CMS Grammar School.

May be he was bullied or something

Suicide is never a solution to any problem in life.

What a sad way to end a young life.