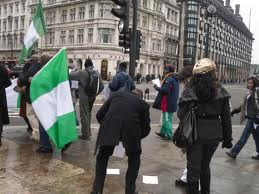 A Nigerian man identified as Bakare Yesufu has died of his injury following a street attack few weeks ago in Clapton, East London.

In the attack the 47-year-old suffered a serious head injury.

Below is an official message from London Met Police on Bakare Yesufu‘s death;

A MAN who is believed to have been assaulted in E5 on Wednesday 10 July has now died.

Shortly before 16.10hrs on that day, police came across an injured man on the pavement in Upper Clapton Road, close to the junction with Rossington Street, E5.

Officers attended to the 47-year-old man, who had suffered a serious head wound following a suspected assault.

The London Ambulance Service also attended and the man was taken to the Royal London Hospital in a critical condition.

His condition deteriorated and he died on Sunday 28 July at 20:00hrs.

A post-mortem examination took place at Popular mortuary on 30 July. Cause of death was given as pulmonary embolism.

Two men were arrested in connection with the investigation on 10 July and 19 July and subsequently charged.

An incident room has opened at the Homicide and Serious Crime Command at Hendon – any witnesses or anyone with information is asked to call 020 8358 0300 or Crimestoppers anonymously on 0800 555 111.