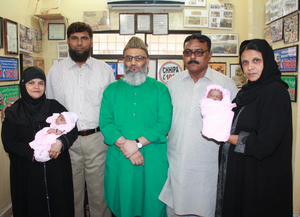 History has been made on a TV show game in Pakistan. Just by answering simple Islamic questions on the Quran, you can now receive free babies as a prize.

TV host Aamir Liaquat Hussain gave away two baby girls to two couples. This particular television show, is broadcast live seven hours a day, since it is Ramadan period. Another baby boy is to be given at some point in the upcoming show. 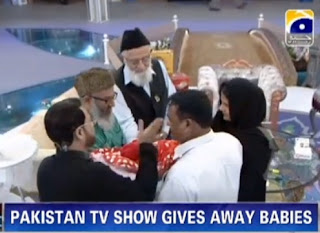 The baby girls given away on the show were associated with an NGO, the Chippa Welfare Association, which receives around 15 abandoned babies per month. Pakistan does not have an adoption law so the couples will have to apply for guardianship at a family court.

The host of the show, Hussain, is known to be a religious scholar, television megastar and even a sex symbol. His show has often been followed by controversy previously as well. However, this show has proved to be extremely successful. It’s breaking records and may be extended beyond its Ramadan’s run.