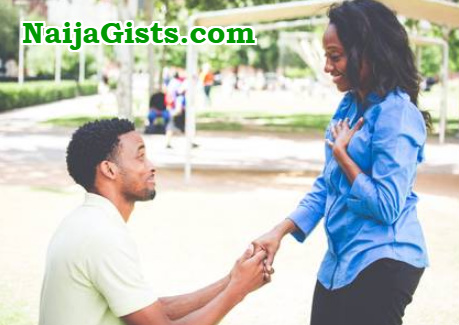 A twitter user has narrated the story of a Naija man who sued his girlfriend of 4 years for rejecting his proposal.
According to @elharsh Twitter user, the man made a list of all he had spent on the lady and asked for a refund after she turned down his request to marry him.

The man asked the lady’s family to refund him the N4.2million he spent on their daughter for the 4 years they dated.

Sadly, the father of the lady in question told him to sue her. 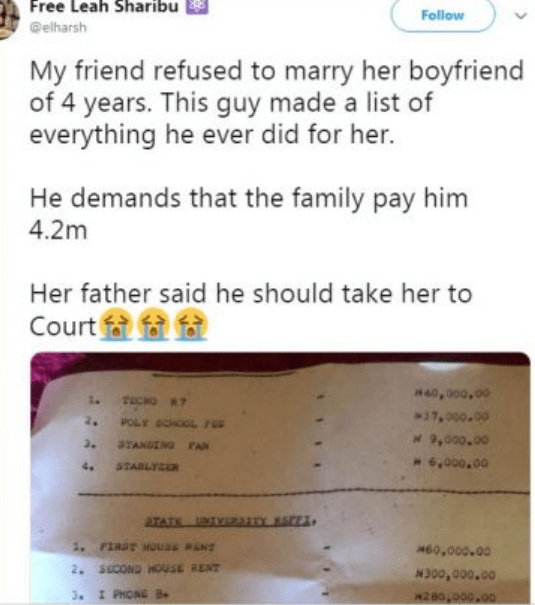