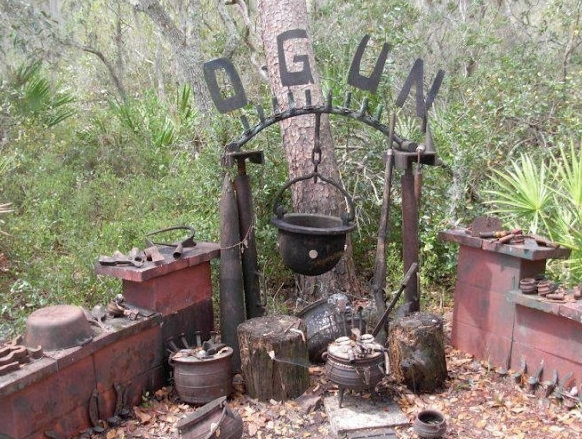 The Abeokuta-based Pastor who under the leading of the ‘Spirit’ raced to Ogun Shrine in Ketu area of Ayetoro in Yewa North LGA of Ogun state over the weekend has been arrested.

Pastor Wale Fagbere who reportedly has a church in the area stormed the Ogun (god of thunder) shrine on Saturday and pulled down some of the fetish items there but while he was proceeding into the inner chamber, he suddenly became numb and unconscious.

He was rescued by the timely intervention of the traditional ruler of Ayetoro town, Oba Adelakun Abdulaziz who directed some traditionalists in the town to perform some rituals on him.

Police stormed Wagbere’s home today and arrested him for malicious damage and breach of public peace.