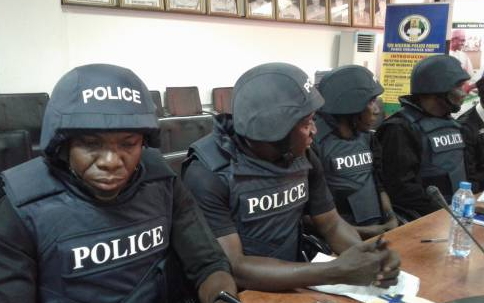 A police man has been arrested in Yenagoa after shooting and killing his colleague during an operation.

The police officer whose identity is yet to be disclosed was among the officers sent to calm the tension generated by some feasting cultists who engaged each other in a gun battle at Obele Area of Ovom in Yenagoa on Monday the 25th of December 2017.

On getting to the scene of the crime, police engaged the warring cultists in a gun battle and in the process, an officer mistakenly shot and killed his colleague.

Here is what Bayelsa Police spokesperson, Asinim Butswat said on the shocking incident. 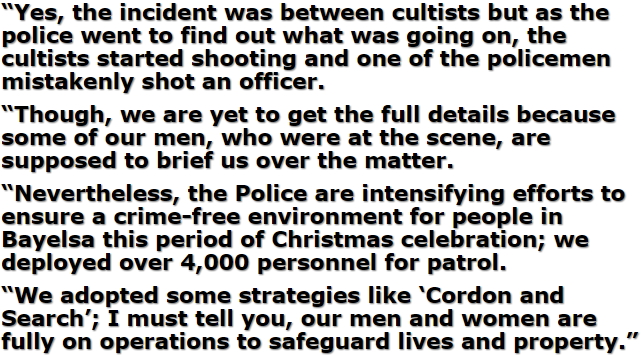