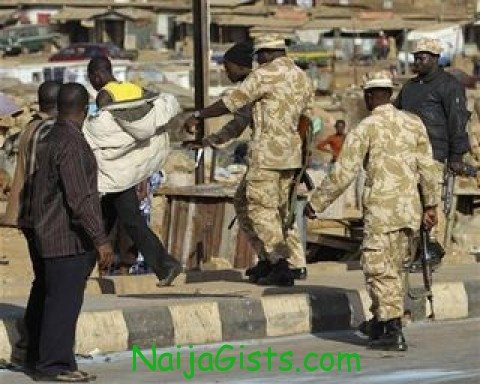 According to eyewitness account, the soldiers murdered at least 10 youth protesters on Sunday March 11, 2012. naijagists.com

They were brutally shot as they marched on Mai Adiko village near Jos to avenge the death of 5 people killed on Sunday suicide car bomb attack on St. Finbarr’s Catholic church in the Rayfield area of Jos city.

The source said christian youths had been told that the two bombers took off from Mai Adiko village had headed there in large numbers on a revenge operation when soldiers confronted them on their way and started firing indiscriminately, killing 10.