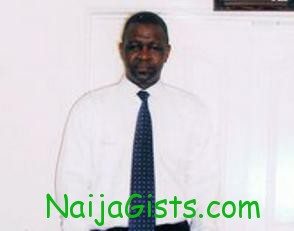 Nov 25, 2011 – Moses Ayanwole, a  Nigerian taxi man based in Hartstown, west Dublin, Republic of Ireland, who was attacked in his taxi  by a passenger has died, Independent.ie reports.

According to Independent.ie, Ayanwole was working in the city centre at about 12.30a.m. on Monday when he was attacked. He was punched in the head by a man in his taxi and fell heavily on to the ground as his taxi was parked on Pearse Street near Erne Street junction.

Mr. Ayanwole fell into a coma and doctors in St. James’s Hospital decided not to transfer him to Beaumont Hospital, which specialises in head injuries, because of the seriousness of his injuries.

An investigation by the police force of the country known as GARDA into the vicious attack on Ayanwole is expected to be upgraded to a murder probe today after he lost his fight to survive.

A Garda hunt got under way after the attack and police officers have arrested the prime suspect, who is in his mid-20s, for the attack on Monday. The suspect was tracked down to a pub just yards from the scene of the attack but was released without charge on Tuesday.

A post-mortem will be carried out to pinpoint the exact cause of death.

It is believed that a large group of people flagged down the taxi, but the victim told them he could not take them all. There was a brief discussion and the group got out of the car and flagged down another taxi. But one man stayed behind and exchanged words with the taxi driver. As he was leaving, Mr. Ayanwole was punched and fell. It is understood Gardai are not looking for anyone else in connection with the attack. A file is being prepared for the DPP.

Meanwhile, the president of the Irish Taxi Drivers’ Federation, John Usher, last night urged representative bodies to see what could be done to give drivers better protection in the state. “This is the third murder of a taxi driver. These attacks are on the increase.”

Mr. Usher said on hearing the driver died: “My thoughts are with his partner and child.

“When you are driving your taxi you do not know who is getting in beside you. It could be a High Court judge or someone wanted for murder.

“In the car it is one to one with the passenger. It is a very frightening experience when you are attacked. We had drivers who were attacked and never went back to work.”(pm news)