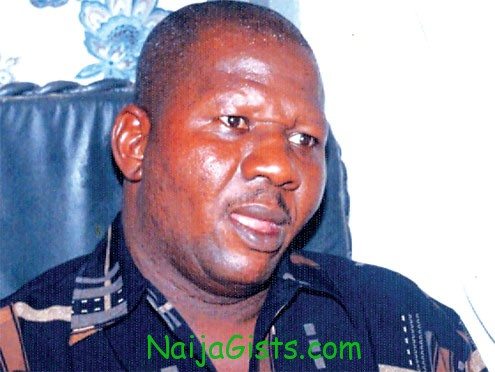 The agency’s director of prosecution and legal services, Mr. Femi Oloruntoba, in his reaction said the judgement did not reflect the facts before the court.

According to Oloruntoba, “the judgement is not a reflection of the facts before the court. It is a misapplication of the law as it relates to power of law enforcement agencies and the liberty of citizens. We shall appeal as the judgment cannot stand the test of time.”

NDLEA said its position is that Omidina was treated fairly and professionally while in their custody.

It also described claims by the comedian that he was treated like a common criminal as untrue.

“It is on record that he was treated in accordance with the law, particularly with respect to the observance of his right to human dignity, presumption of innocence, search and other investigative processes in line with best international practices. He acknowledged same in court before the public on Tuesday 1 November 2011,” NDLEA said in a statement.

The agency added: “Omidina told the court that he was never harassed in any form by officers and that he was allowed to use his medication regularly. He however added that his breakfast was served late.

“He was not chained and treated as a common criminal as alleged. The use of handcuff or leg chain is to control suspects that are violent and belligerent. Omidina was calm, friendly and cooperative while he was under observation.

“There is no justification for him to have been chained. It is not true that he was chained. Having agreed in the open court that he was treated fairly and was not harassed, the sudden volte-face by the actor is therefore shocking.

“NDLEA as a refined security Agency has a track record of qualitative care for suspects. The anti-drug agency also stated that screening of passengers is a normal process to prevent illicit drug trafficking in the country. All passengers are treated equally without bias or discrimination.”

NDLEA said that the scanning machines in all the international airports are functional and manned by competent officers.

“There are no grounds to doubt the efficiency of the machine when about seven suspects that tested positive about the same time the actor was arrested have all defecated the drugs they ingested.

“The support and goodwill of members of the public is highly appreciated. The agency appealed for the continued support of stakeholders and promised to halt the activities of drug barons in the country,” NDLEA said. By Simon Ateba