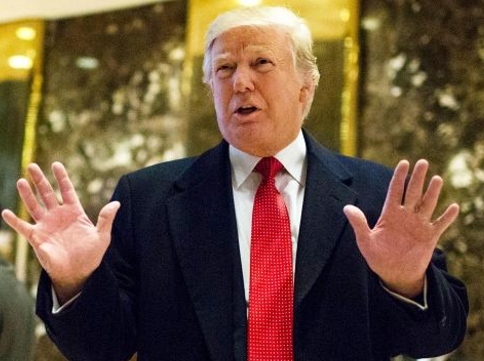 March 6, 2017 – Nigerians With Valid US Visas Being Denied Entry To US & Sent Back Home – FG Warns

The FG today advised Nigerians who have no compelling or urgent reason to travel to the U.S. to postpone their travel plans until the new administration’s policy on immigration is clear.

Senior Special Assistant to the President on Foreign Affairs and Diaspora Abike Dabiri-Erewa gave the advice in Abuja.

Dabiri-Erewa in a statement by her media aide Abdurrahman Balogun, said that the warning became imperative due to series of reports received by her office.

“In the last few weeks, the office has received a few cases of Nigerians with valid multiple-entry U.S. visas being denied entry and sent back to the Nigeria.

“In such cases reported to the office, such affected persons were sent back immediately on the next available flight and their visas were cancelled.

“No reasons were given for the decision by the U.S. immigration authorities,” she said

She, however, reminded Nigerians in the Diaspora to abide by the rules and regulations of their host countries and be good ambassadors of the country.

NAN reports that Nigeria was not among a group of countries from which Trump wants to suspend travel to the U. S. on security grounds.

President Donald Trump is to sign a revised executive order to “clarify who is covered” under a policy that halted entry to the U.S. from several Muslim countries, White House Adviser, Kellyanne Conway said on Monday.

Conway said that there would be “a new executive order” to take effect March 16, and that Iraq was no longer included “based on their enhanced screening and reporting measures.”

The document would replace an order in late January that temporarily banned tourist, immigration and most other entries from seven majority-Muslim countries from entering the U.S. for 90 days.

Iran, Iraq, Libya, Somalia, Sudan, Syria and Yemen were the former countries that were affected by the initial order.

The order caused travellers to be stranded at different international airports around the world and set off a wave of protests.

It was later blocked by a court.

Under the new order, Syrian refugees “are treated the way all refugees are,” and it makes “much clearer if you have travel docs, if you actually have a visa.

“If you are a legal permanent resident, you are not banned under this particular executive action,” Conway said.

Earlier on Monday in Baghdad, the Iraqi Foreign Ministry spokesman Ahmed Jamal said the ministry voiced “deep relief” at press reports that Iraq would not be on the new banned list.

He described the anticipated move as “an important step in the right direction in order to consolidate the strategic alliance between Baghdad and Washington in many areas.

He pointed out that the relationship between the two countries most importantly the war on terrorism. [NAN]

Continue Reading
You may also like...
Related Topics:deny, entry, Nigerians, us, visas