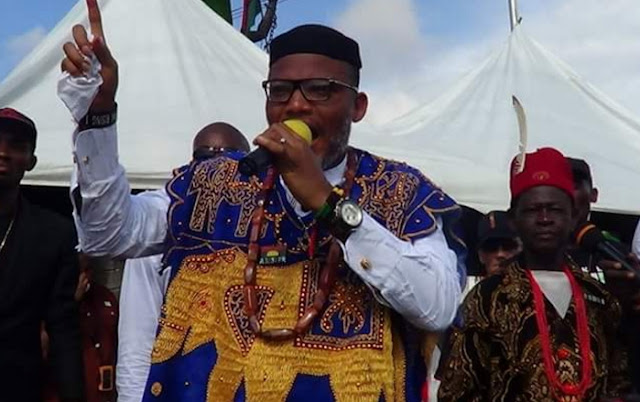 According to radical writer, Tariq Ali, a true revolutionary is one who disregards personal safety in the pursuit of one’s beliefs. He cited Che Guavara who left the comforts of Argentina to fight in the jungles of Bolivia and died while in combat.

He never failed to also mention Malcolm X as one of his heroes who was to meet his waterloo in the heady, violent days of 1965. Unfortunately, there was a disconnection between what he espoused and what he practiced.

During the brutal dictatorship of General Ayub Khan in his native Pakistan where thousands of citizens died in bloody demonstrations, the students urged him to return home to lead the struggle from within and use his vast global contacts to yank off the military from power. Khan had other ideas and preferred to sit in London, editing a journal because he was scared that his passport might be confiscated.

He refused to go to Paris in 1968 to attend an important conference because he was scared he might not be allowed back into Britain since he had five months left to become a British citizen. He was tragically a safety first radical apologies to Adewale Maja-Pearce, former editor of the Index on Censorship.

The leader of the Indigenous People of Biafra (IPOB), Nnamdi Kanu once boasted that he would deal with any invading force from Abuja and that it would be Biafra or death. When death came in the face of Operation Python Dance, what did he do? He allegedly vanished into thin air as his whereabouts have been unknown since his father’s palace was invaded by the military marauders.

His disappearing act must have come as a gargantuan shocker to his horde of disciples who called him a Lion and swore that he would stand as the Rock of Gibraltar in protecting their interests.
What his zealous supporters failed to acknowledge was that their idol failed to stand up for some of his supporters who were detained. He earlier promised not to live them behind in jail but when his bail came through, he made a volte-face. Wasn’t that a sign of more sinister things to come?

He who fights and runs away lives to fight another day seemed to be his mantra as he was not ready to toe the path that Che Guevara, Martin Luther King Jnr, Patrice Lumumba etc trod.

His followers were at the mercy of the army goons who whipped them mercilessly to submit to the constituted authority. They needed succour from the man who touted himself as the next big thing in revolutionary warfare but alas all they got was an elitist conspiratorial silence.

IPOB as part of the fallout has been proscribed as a terrorist organization. The alleged presence of a Biafran intelligence service lent and Kanu’s call for the purchase of weapons made the Federal Government move swiftly to forestall any breakdown of law and order. To categorise them alongside boko haram was in bad taste. It would been interesting to hear Kanu’s voice denounce the actions of the Buhari led administration on his organization.

Tragically, he has been turned into a fugitive and enemy of the state.
He now has the charge of terrorism in addition to the earlier treason charge and this wouldn’t be easy to deal with as being let off the hook may be nothing short of wishful thinking.

One wonders why there has been deafening silence by his supposed foot soldiers and erstwhile sympathizers! No official statement from his bail sureties or any from his horde of disciples. Is it that they failed to successfully buy into his ‘vision?’ Has the tide of the times made it unsafe to publicly associate or identify with him?

Is it a failure on his part as a leader that he had no loyal crop of loyalists? Some traditional rulers went as far as asking the state government to withdraw the staff of office from his father. The greatest blow came from the southeast governors who denounced him and his organization. Let’s not forget that Senator Enyinnaya Abaribe was among those that stood surety which meant an indirect governmental backing from his homeland. Was his fame a nine day wonder accentuated by his prolonged detention and as such had no roots and substance?

Successful liberty fighters have their machineries well oiled either during their time of flight or even death. The likes of Oliver Thambo, Walter Sisulu, Desmond Tutu, Thabo Mbeki etc spread forth the anti-apartheid message while Mandela and the 26 others were behind bars. The 1917 Bolshevik revolution was spearheaded by Lenin from exile in Switzerland. Why hasn’t the so called international support of IPOB seen a propagandist machinery to keep its ideals alive?

We recall with gusto the way and manner Ralph Uwazurike swept the south-east with his Movement for the Actualisation of the Sovereign State of Biafra (MASSOB). After his first spell in detention, it fizzled out like the musical candle in the wind.

Some of Kanu’s traducers accuse him of succumbing to hubris by allowing a guard of honour to be mounted by his foot soldiers which he inspected and infamous picture that circulated virally which saw him step his feet on an overzealous disciple.
For a man who enjoyed support from the likes of Pat Utomi and Chukwuma Soludo, this is not the best way to end up.

Some cold comfort is coming from the United States who disagreed with the Nigerian government that IPOB is a terrorist organization. The UK and France have come to deny their countries being used as a funding conduit for the marked organization. Nothing has come in the way of support for Kanu from any of the aforementioned countries and it is crystal clear that he has been left to stew in his own juice.

Will Kanu go down the way of Uwazurike? Would he like the phonix re-emerge as another Dim Odumegwu-Ojukwu who was still held in high esteem despite his 1970 cowardice?
Time never fails!

Continue Reading
You may also like...
Related Topics:kanu, location, nnamdi, where

Nigeria Vs Biafra Battle: The Time To Talk Is Here – Dr Philip Ugbodaga
Ojukwu Vs Kanu: The Real Hero And The Coward With Empty Braggadocio