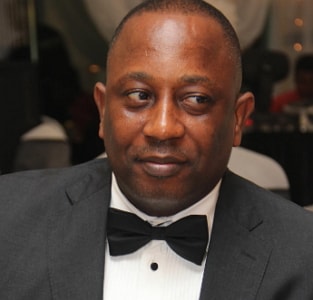 Veteran Nollywood actor and comedian Basorge Tariah has launched his own record label.

According to the entertainer, there is a need to open new platforms for creative young people in the entertainment industry.

“One of the questions I’ve been constantly asked is why ‘Solid Star’?” said Basorge.

“The idea of Solid Star came ever before the artiste known by the name Solid Star but I have just decided to rejuvenate that idea of completely running a record label. In recent time, I’ve realised that what I am really cut out for is to make others to be stars and superstars.”

Basorge also revealed that he is not new to music as he has written songs for musicians like Timaya in the earlier years of his career. He said that he believes that when treated right, the artistes will not want to go but remain in the label that brought them to limelight.

Comedian Julius Agwu who was present at the event applauded Basorge for plunging into the highly competitive Nigerian music industry.

Run Nollywood Movie: Actress Kiki Omeili Produces 2nd Movie About Daily Happenings In Nigeria
Nollywood Actress Ifeoma Okeke: I Used To Drink 2 Cartons Of Beer A Day When I Had Issues With My Boyfriend