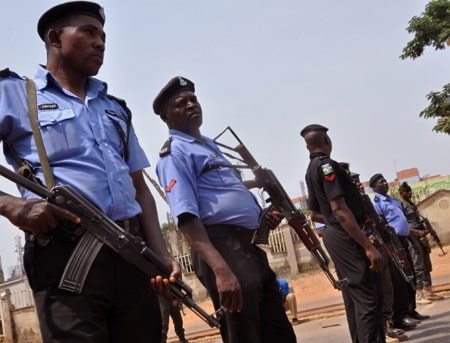 The Bone Chilling Record Of Cannibalism In Some Parts Of Nigeria

While one cannot say with certainty that cannibalism is still being practiced in some parts of Nigeria today, it would be too risky to assume that it is not.

The earliest humans in Europe, 32,000 years ago, practiced ritual cannibalism, according to a study published in 2011 in the journal, PLoS One. The oldest evidence of cannibalism suggests that humans ate other humans not for nutritional purposes but rather as a part of funeral rites.

Up until the Middle Ages, cannibalism was primarily practiced as a means to supplement nutrition. Starting around the 12th century, the practice of incorporating human remains into medical remedies was common practice.

The deceased, who unwillingly donated their bodies to medical science, were stolen from Egyptian tombs or abducted from Irish burial sites, according to Smithsonian Magazine. Treatments called for the use of bones, blood or fat for conditions as common as a headache.

The use of “corpse medicine” started to fall out of favor in the 16th century, but remained in use until the late 18th century. In some parts of Africa, a similar but much more severe form of cannibalism still occurs, with albinos in particular murdered and butchered for magical protections and remedies.

In Nigeria, perhaps, that is why the Nigerian Police Force (NPF) recently issued a warning to the public to be wary of some hotspots, where heinous crimes thrive across the country.

In a statement, which has gone viral on the social media, the police advised Nigerians, especially travellers, to avoid these areas, especially at night, in order not to fall victim.

The areas include; Ota, Lambe, and Mowe, in Ogun State; Toyota Bus Stop along Apapa/Oshodi Expressway, Ikorodu, bridge linking Abiola Garden with Otedola Estate, and Isheri Olowo-Ira (under bridge), all in Lagos State. Others are waterfront, in the River Niger area of Onitsha, Anambra State; Isiala-Ngwa in Abia State, and Igwurita, Muruokoro, in Port Harcourt, Rivers State.

Well, the Supreme Court of Nigeria on Friday, the 18th day of December, 2009 had reason to hear and decide on this tragedy of eating human flesh. That was in the case of Mbang v The State.

The facts of the case are so gory that the current Chief Justice of Nigeria (CJN), Walter Onnoghen, then a Justice on the bench of the Supreme Justices who heard the case said, “The facts of this case is a sad commentary on our level of civilisation with regard to the continued existence of the practice of cannibalism in modern day Nigeria.”

“At first it may sound far-fetched but as the truth of the situation sinks in, one is left with his mouth agape. That is the reality of our situation despite the practice of Christianity over the years,” he lamented.

The case revolves around a curious occurrence. A confession by Mbang Mbang (appellant) that he and his co-accused ate human flesh. The appellant and three others were arraigned before the High Court of Cross-River State sitting at Ugep for the offence of murder contrary to section 319 (1) of the criminal code.

It was alleged that the accused persons on 7/10/89 murdered one Baba Okoi of the Nigerian Army at Nko Village of Cross River State. Each of the accused persons pleaded not guilty to the charge. At the conclusion of hearing, the trial Judge, Obasse J, in his judgment found each of the four accused guilty of the offence and accordingly sentenced each to death.

The three others convicted by the High Court were Obeten Leko Essien, Mbang Efoli Mbang and Fidelis Onen Obeten. The prosecutor said Okoi was murdered and his “human meat” was “butchered” and “shared” by the accused persons.

Although the Supreme Court upturned the murder conviction of the appellant on the basis that cannibalism was the offence he was charged with, Justice George Adesola Oguntade, who read the decision of the court, noted, “the revelation made before the trial Court during the hearing is unnerving.”

“The accused persons, all from Cross River State of Nigeria as at 1989 were freely eating human flesh as snack,” he lamented.

“Cannibalism in Nigeria in 1989, this was a strange occurrence. It is directed that the proceedings and judgment in this case be sent to the Attorney-General of the Federation and Cross Rivers State to enable them take necessary steps to stop the continuation of this barbaric practice,” he said.

According to Justice Onnoghen, JSC as he then was, “it is unfortunate that in the present century, acts of cannibalism usually associated with our barbaric past, still rears its ugly head in some communities. However sordid or nauseating the facts of this case are, the point remains that appellant and his co-accused persons were not charged with an offence of cannibalism, which they admitted, but murder.”

In fact, according to the book, Folk Stories From Southern Nigeria, by Elphinstone Dayrell, many years ago, before the oldest man alive at the present time can remember, the towns of Ikom, Okuni, Abijon, Insofan, Obokum, and all the other Injor towns were situated round and near the Insofan Mountain, and the head chief of towns was called Agbor.

The Insofan Mountain is about two days’ march inland from Cross River and agriculture was the biggest industry with yams taking the pride of place. At the end of each year, when it was time to dig the yams, there was a big play held, which was called the New Yam feast.

At this festival, there was always a big human sacrifice, 50 slaves being killed in one day. These slaves were tied up to trees in a row, and many drums were beaten; then a strong man, armed with a sharp machete, went from one slave to another and cut their heads off. This was done to cool the new yams, so that they would not hurt the stomachs of the people. Until this sacrifice was made no one in the villages would eat a new yam, as they knew, if they did so, they would suffer great pain in their insides.

When the yams were skinned, they were put into large pots, with water, oil, pepper, and salt. The cut-up bodies were then put in on top, and the pots covered up with other clay pots and left to boil for an hour.

The king, having called all the people together, then declared the New Yam feast had commenced, and singing and dancing were kept up for three days and nights, during which time much palm wine was consumed, and all the bodies and yams, which had been provided for them, were eaten by the people.

The heads were given to the king for his share, and, when he had finished eating them, the skulls were placed before the Juju with some new yams, so that there should be good crop the following season. But although these natives ate the dead bodies of the slaves at the New Yam feast, they did not eat human flesh during the rest of the year. [source]

Continue Reading
You may also like...
Related Topics:cannibalism, nigeria, Records