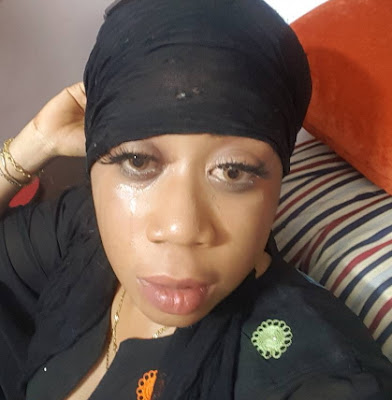 Nollywood actress Moyo Lawal is finally back on the social media after over 1 month break.

The actress who got the social media buzzing few days ago when she said her mind was trying to die revealed yesterday that her Instagram post was dragged out of proportion by bloggers who reported that she was suicidal. 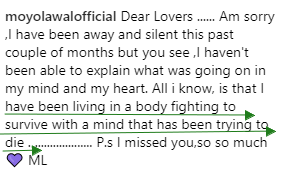 Here is how she debunked the viral suicide rumour: 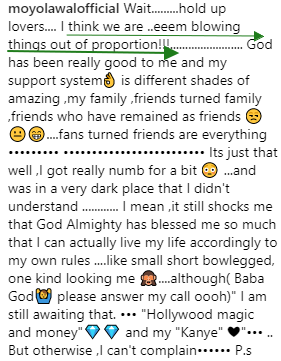 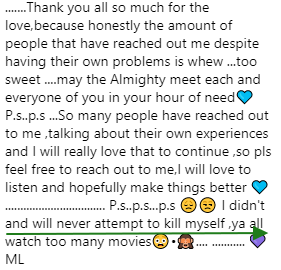