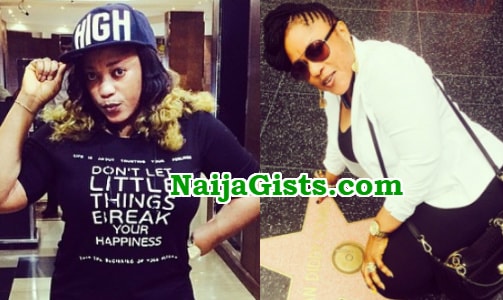 Few days ago, NaijaGists.com broke the exclusive report of a popular Nollywood actress who was sent back from Trump’s country last year.

In the report which many bloggers in the country have now twisted, we stated clearly how our source has requested that we keep the identity of the actress secret.

We can confirm with  you that the actress in question is not Lola Margaret.

Though the actress that was sent back is a popular face in the Nollywood Yoruba genre, she is not Lola.

Lola is married to an American so she probably has her green card now.

The actress in question is a US-visa holder. Let’s not let the cat out of the bag yet as the guess game continues.

Though her fans may find this report heartbreaking, the extremely smart actress managed to use “Shakara” to cover up the crime, her arrest and eventual deportation.

Hint: She is also a producer.

Continue Reading
You may also like...
Related Topics:deported, lola margaret, us