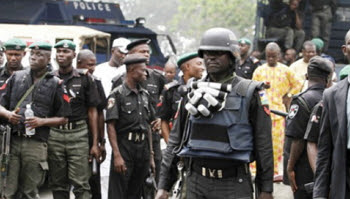 The terror unleashed on Kpanche community in Bassa Local Government of Kogi State in the early hours of Sunday has spread to two other communities with death toll jumping from 10 to 16.

The traditional ruler of Mozum community in the area, Alhaji Khalid Bukar told newsmen in Lokoja that the violence has spread, by Sunday afternoon, to Ozugbe and Biroko, two villages under his domain.

He said that a number of houses in both villages were completely razed by unknown hoodlums while five persons were shot dead.

The ruler said that one person, he simply identified as Musa, was also missing.

He said that those killed included the Madaki of Biroko, Alhaji Mohammed Umar and four of his subjects.

Bukar said that so many houses including that of the late Madaki were also razed by the invaders.

The traditional ruler said that he immediately informed security agents of the development but said that the damage was already done before their arrival.

Also the police, in an update on the incident, said that six of the bandits that invaded Kpanche earlier in the day were killed and not five as earlier announced.

The state police command’s spokesman, ASP William Aya said in a statement that 15 houses were also burnt down in Kpanche.

He said upon receiving distress calls from residents, mobile policemen and soldiers were promptly dispatched to restore peace and order.

However, the release was silent on the attacks and killings at Ozugbe and Biroko communities.

Aya said the Commissioner of police, Mr Ali Janga has ordered a thorough investigation into the unfortunate incidents.

“He vowed to prosecute anyone linked to the attacks no matter highly placed so as to serve as a deterrent to others.”

Janga urged the affected residents of the affected community to remain calm as the security agencies are determined to ensure adequate security of lives and property in the state.

Continue Reading
You may also like...
Related Topics:clash, communal, kogi