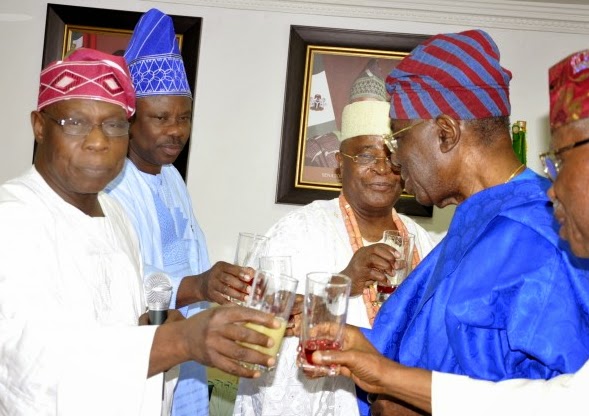 At the sidelines of the commissioning of the Olorunsogo Power Plant in Ogun State Friday, President Goodluck Jonathan held a short meeting with some traditional rulers from the state.

Feelers from the meeting said several monarchs raised the various attacks on the former Nigerian President,Chief Olusegun Obasanjo, after he announced his departure from the Peoples Democratic Party.

The Ogun monarchs told the President to caution his aides to cease further media attacks on Obasanjo.
One monarch frowned at the impromptu meeting, which he regarded a disrespect to the royal class.

“We must be respected because we are not politicians and cannot just be summoned into a meeting without prior notice. Also, we down here always respect elders, we don’t say because of politics, one will not know his elders.” 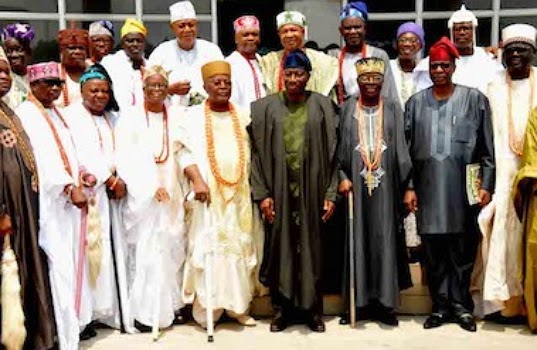 After the meeting, the monarchs tried to show their displeasure when some of them reluctantly took photographs with President Jonathan. See the photo above