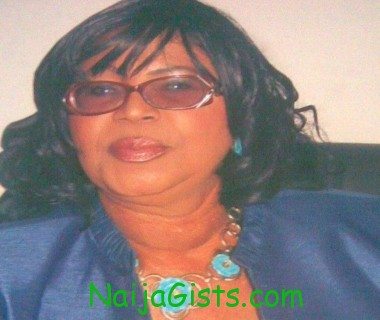 National Agency for the Prohibition of Trafficking in Persons, NAPTIP, yesterday, docked Princess Folasade Olufunke Bankole, daughter of the Olubadan of Ibadan, Oba Samuel Odulana and one Folasade Adunni in a Federal High Court Ibadan for alleged forced labour of a girl from the Republic of Benin, Miss Rukayat Isiaka.

Princess Bankole, aged 57, is the General Manager of the Ado Ekiti station of the Nigerian Television Authourity, NTA.

The accused had on October 25, 2011 honoured an invitation to report at the Lagos office of the NAPTIP to clear the allegation against them, but they were granted bail two days after being interrogated by the agency. They later visited the office of the commission six times.

A medical report from the Lagos State University Teaching Hospital, Ikeja dated November 21, 2011 stated that the Beninoise was allegedly assaulted by her boss and sustained multiple injuries.

The girl, according to the report, had healed scars on the scalp from shoe heels and also burns scar on the shoulder measuring 68 by 4cm laterally believed to have been inflicted on her by her boss. 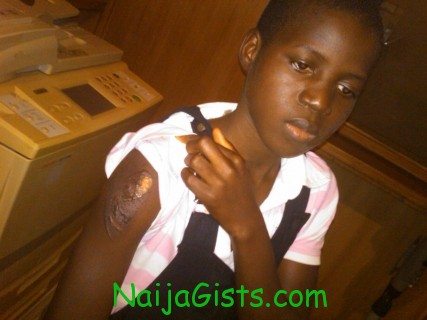 The report which was signed by the Chief Medical Officer, Dr. Somoye M. O. also had it that the innocent girl had marks on the dorsum of the right forearm also resembling injury from burns.

“The possibility of the burn being from a hot iron is very high considering the sharp, defined edges,” the report stated.

In the statement made at NAPTIP, the Princess said about 33 weeks ago, the girl was asked to iron her shirt which had already been washed and ironed by a dry cleaner.

But, in the process, the house maid burned the clothe and “in the process of scolding her, she ran into the iron I was holding which I later treated after purchase of burn cream from a chemist.”

In a charge sheet marked FHC/IB/65c/2011, Princess Bankole and Adunni were alleged to have required Rukayat Isiaka, 12 years of age from Republic of Benin, to be used for forced labour in Nigeria and thereby committed an offence contrary to section 22(1)(a) of the Trafficking in persons (Prohibition) Law Enforcement and Administration Act,2003 as amended and punishable of the Act.”

The count 2 alleged that the accused employed Rukayat Isiaka from Republic of Benin as a domestic help outside her own home and from family environment and thereby committed an offence contrary to section 22 (1) (d)of the Traffic in Persons (Prohibition) Law Enforcement and Administration Act,2003 as amended and punishable under the same section of the Act.

At the sitting of the court yesterday, the accused pleaded not guilty to the two-count charge and after Justice Jonathan Shakarho had asked counsel in the case if the accused were entitled to a bail, the prosecution, Mr. Ganiyu Oluwarotimi, told the court that the accused were charged under section 22(1)(A) of Human Trafficking Act which carries a five-year jail term with an option of fine.

They were later granted bail in the sum of N100,000 with one surety in the like sum. The surety must submit their passport photographs. Hearing adjourned to January 25, 2012.