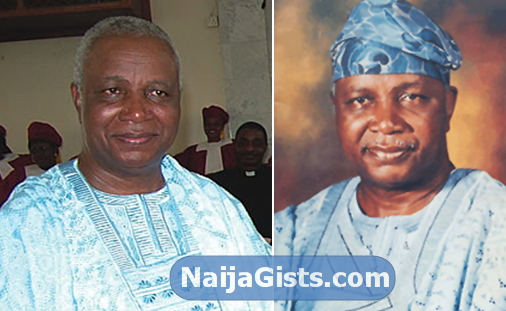 The immediate past governor of Ondo State Nigeria, Dr Olusegun Agagu is dead.
The ex-Governor who ruled the state from the 29th of May 2003 to Feb 2009 passed away this afternoon in Lagos State.

According to family sources, Agagu returned from America yesterday and headed to his residence in Ikoyi Lagos.

Today he attended a political meeting that took place at Lagos Mainland.

Few minutes into the meeting, Agagu reportedly slumped. He was immediately rushed to a Yaba hospital. His condition because untreatable and he was transferred to the Military Hospital in Ikoyi, Lagos.

He passed away at the Ikoyi hospital while receiving treatment.

According to sources, the corpse of the late politician is still in Ikoyi Military hospital.

His death was confirmed this evening by his spokesperson, Yemi Owolabi.

Olusegun Agagu handed over to the present Ondo Governor Olusegun Mimiko after his re-election was voided in February 2009. He is married to Mrs Olufunke Agagu

The deceased who was born on the 16th of February 1948 passed away today at the age of 65.