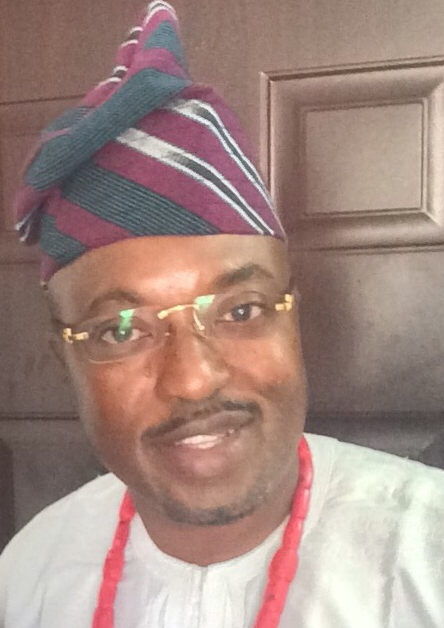 April 4, 2016 – Nigerian King, Oluwo Of Iwoland Oba Adewale Akanbi Not A Cocaine Drug User Or Addict, He Married A Jamaican Woman Because Wife Left Him – Insider

This email is centered around the controversy trailing his kingdom after he allegedly abandoned his wife and kids in Toronto and married a Jamaican Queen Marion Morgan.

Take a chair and a cup of hot tea and enjoy the lengthy UNEDITED email below:

I love your blog and thanks for your update about people. I am sending you an email from Canada regarding Oluwo of Iwo kingdom Oba Adewale.

What people have been saying about Oba Adewale is a frame work to downgrade the monarch position.

I know the monarch and the wife in Canada very well.

I would take this opportunity to tell the truth about what happened as an eyewitness to the whole drama.

Firstly, the monarch is a very respectable person in the community of Toronto and people can testify to this due to his contribution and volunteer to the community and even places he work in Toronto which he worked with my sister in the same company in the past . If you can see all his past photos on the social media where he advocated for poverty, bring back our girl, women loneliness, right of women and many more. Even before he ever dreamt of becoming a King you will see that this monarch deserve the crown due to his commitment to people’s right in the community in Toronto here and even in Nigeria.

Akanbi is just a simple hardworking man who deserve the position. There is a lot of people in Iwo who are rich, powerful and based in abroad who contested for the position but he was crowned because he deserved it. 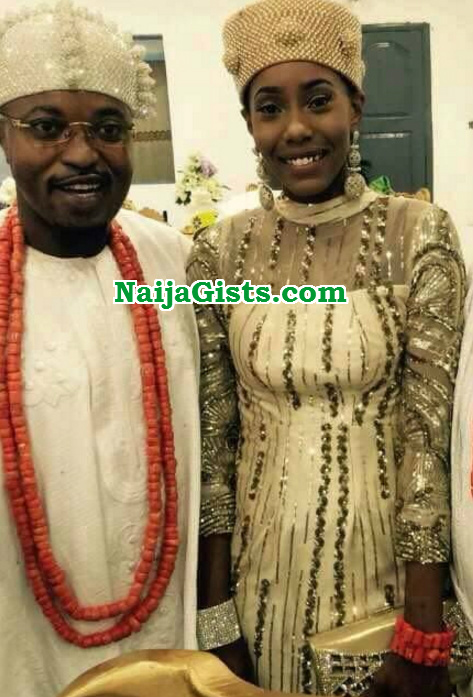 Secondly, it is true the monarch married Zain’s mum and they were blessed with two children like the lady in the USA said but the monarch was a very family oriented man that love his family and hard working man.

He never flirt or go to night clubs which his wife  herself can testify to and always proud of before they broke up . At times if someone called the monarch before he was crowned and relocated to Nigeria permanently, his wife would pick the call.

I like the prince as a result of this because he love his family so much and his family come first. He is always taking his wife along to every occasion in Toronto.

He told his wife about his Kingship ambition the first time he wanted to contest for it. You will see that the vacancy was left open for like three or four years.

The monarch is a very friendly person. He likes to network but Asabi who they called mum Zain don’t like it when the problem started.

I always notice that when they come to my home that she’s not always happy .

One day before the king was crowned, he called me and 3 of his friend to come to his house. His wife apparently gave him 3 days leave the house. She threatened to stab herself and called the police that the prince stab her.

I was like the prince was joking when I head this. All of us went there and when we got there. We found it true because I was even joking before we got there that Asabi I know is very cool and calm that she can’t do that. And when we got there ,Asabi mocked us and even refused to come out of the room to meet us in the living room. We heard Asabi screaming at prince that she don’t want him anymore.

I persuaded Asabi to come out of the room on this fateful day which she later obliged to. I sat her and prince down I asked her what happen and she said she is fed up with the marriage that she has been planning this for like two years and it’s time to move out of the marriage.

I swear in the name of holy God and my four children if I ever lied about this four questiona I asked Asabi.

1. Did you caught your husband with another woman? Asabi replies NO.

3. Did he sleep out or didn’t come home? She replied NO.

4. Is he not taking good care of you and the children financially? Asabi replied No

5. Is he not satisfying you in bed which I said jokingly and she said NO.

I bounce on prince and asked him what did you do to Asabi? He said nothing.

But he said the only thing that Mum Zain is angry at is that Asabi family don’t want them together from day 1 before they married because of the age difference but they accepted when she got pregnant.

Another reason he married the prince is because he is rich and very hard working which we all know before they had their first child.

Also, the prince also said said her mum was the intruder in their marriage because Asabi’s mum was the one that broke the marriage of Asabi’s senior sister in London. He said they are planning to do the same to him as well in order to inherit his asset abroad.

He also noted that Asabi mum wanted to be poke nosing into their marriage and visiting their home in Canada regularly. Her mother reportedly told her one day on phone to forget Prince Akanbi because of his Kingship ambition.

While chatting with her mother on the phone, Prince Asabi who pretended to be sleeping heard everything and since then he banned her mother from coming to their home.

A decision Asabi was not happy about.

Fourthly,
The king also emphasized that one day he was going to Nigeria and that same day there was a dress Asabi wanted to buy. She told him she wants to look nice for the prince safe trip not knowing Asabi was going to a club with a man friend that same day after the prince boarded a flight which Asabi did not deny. When the prince talked about it Asabi replied …and so fucking what.

Fiftly,
We asked Asabi again that since this is the case, why did you tell your man to pack out of the house, she said the prince is irritating her which I think was due to the man friend she was keeping at that time.

But the Prince told us he will stay in the relationship because of his children.

At a point, Asabi threatened to call the police and lie to them that the Prince stabbed her. He sent him out of the house and asked them to meet in court.

And mind you Naija gist, the king is not legally married to Asabi, it was just a Muslim introduction party which led to them having children because Asabi is not even bearing the king surname and is not in Canada government record that they are officially married.

The government of Canada don’t even know they are married.

The prince also told us that his wife was not in support of the position of the king because she believe he would never become a king.

We persuaded both of them but Asabi was fed up with the marriage because she was having an affair with her man friend whenever prince travel for business.

In addition, prince called one of his friend to come and pack his load and the prince left his home and cars for her because of the children.

After the prince left the house for her, that was the last time the prince came to Nigeria and got crowned as the Oluwo of Iwo kingdom.

After the king got the crown, Asabi eyes became open and she started regretting all her mistakes because she underestimated the Power of God and never believed Akanbi would get the crown but God disappointed her and her family wish for the monarch. God put them to shame.

Before he got the crown, Asabi blocked all Prince phone number and never allowed him to reach his children. At a point Prince Akanbi got frustrated.

NaijaGists, as I’m writing this email to you, Asabi has blocked all our numbers.

Lastly,
They said the king was doing drug trafficking, let’s use common sense . Is it possible for USA government to catch someone with drugs and rescue the person with the best lawyer in the world?

Because in your last post I heard that you said Asabi and her lawyer rescued kabiyesi from prison! How is that possible?

For your information, we were still in USA together for a conference one month before he was crowned.

The funny thing about this issue is that Asabi might not know about this news because Asabi knows it’s her decision to break away but if she knows about this, it means she is heartless and a total disgrace to womanhood.

I believe it was done by some jealous member of the Asabi family .

So I guess some of Asabi cousin or friends don’t know about what happened about their marriage until they saw the new queen which caught them by surprise.

So I am calling people in the world especially women to learn from this.

NaijaGists can reach me though this email if you need additional Information but don’t disclose my email.