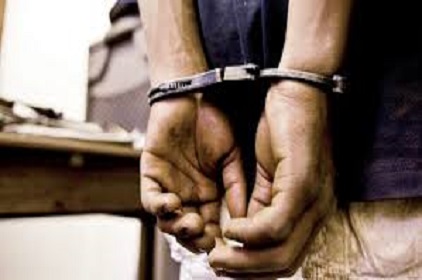 July 30, 2015 – Omotola Puts Husband In Trouble: Nigerian Man Arrested For Taking His Child To His Grandmother After Wife Abandoned Him

There was drama at Ejigbo Magistrates’ court after a 30-year old man arrested for stealing a 4-year old girl turned out to be the father of the girl in question in Lagos State, western Nigeria.

The police at Ejigbo division arrested Segun Omotola and charged him before the court with stealing Titilayo Omotayo Omotola.

This happened after he had a quarrel with his wife, Olujoke, who abandoned the child to him and left their matrimonial home.

The incident happened at 7, Tunde Bello Street, Ejigbo, Lagos where he resided with his family.
Omotola took the little girl to his mother in Niger Republic and came back to Lagos and continued his mechanic work.

When his wife later returned to her matrimonial home and did not find the little girl, she went to the police and reported that Omotola had stolen the girl.

She did not disclose to the police that Omotola was her husband.
The police arrested Omotola and charged him to court with stealing under the Criminal Code.
The real drama started when Omotola was arraigned and he pleaded not guilty on the two-count charge of assault and stealing the girl.

The prosecutor, Mr Femi Adeleye objected to his bail on the ground that he would escape out of the country if granted bail.

Omotola’s counsel, Barister (Mrs) Jacinta Ogbedelote informed the court that the victim was his daughter and the complainant was his wife who abandoned the girl for him before he took the girl to his mother for care in Niger Republic.

The complainant, Olujoke Owolabi who refused to use her husband’s name, then confirmed before the court that Omotola was actually her husband with whom she had three kids and the child in question was their daughter.

The revelation by his wife, however, did not change the course of the proceedings as the presiding Magistrate, Mr Peter Nwaka, admitted Omotola on bail in the sum of N100,000 with two sureties in like sum.

The court also ordered that Omotola should deposit his ECOWAS passport before the court pending the determination if little Titilayo was his daughter.

However, Omotola was remanded in prison custody pending when he will perfect his bail condition.

Continue Reading
You may also like...
Related Topics:husband, omotola