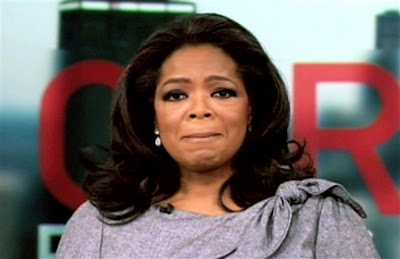 Chat show host Oprah Winfrey is coming back to TV after ending her top chat show, The Oprah Winfrey Show, which lasted for twenty-five years.

Oprah started her OWN network and said she would only work behind the camera, but apparently she’s changed her mind because now she’s returning to the air in a new show called – Oprah’s Next Chapter – to be broadcast on her OWN cable channel starting in January. The series will show her meeting and chatting with celebrities in their homes.

“After 25 years I got myself out of the studio chairs. I moved into the next chapter, and I  am having more fun than ever – moving around the country and the world  talking to people I’m really interested in getting to know and I think viewers will be, too,” .