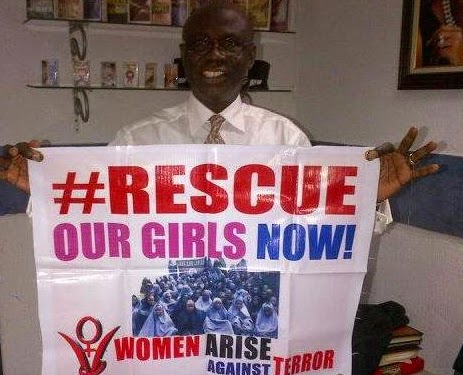 Its being over ten months since the dreaded Islamic sect Boko Haram abducted over 250 school girls from Chibok.

We’ve had movements such as #bringbackourgirls, organized prayer meetings and government have adopted several strategies to have the girls back all to no avail.

The parents of the girls are seemingly frustrated over the incapacity of government to bring back their girls. Good news may just be around the corner if the words of Pastor Tunde Bakare, the general overseer of Latter Rain Assembly is anything to go by, parents of the girls can soon expect their children back in this new year.

Tunde Bakare who has being known for controversial prophesies made this declaration on Thursday morning at his church’s new year celebrations.

He said that the nation would enjoy extraordinary grace from God that will see the return of the Chibok girls.

“The chibok girls will be returned this year. Some people will say they are just using religion to deceive themselves. How will the girls be rescued? You will see. I didn’t say it, it is what God said and I believe it.”

Well, Nigerians are waiting and it would be great news to have this prophesy come true in this period when girls are being coerced and exploited as suicide bombers.