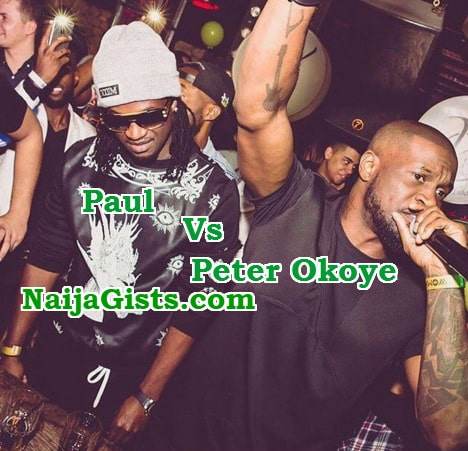 It is no longer news that PSquare has become history but what is trending now is that the twin brothers that comprises the defunct group have started challenging each other in a positive way.

The first to hit the spotlight immediately after their split is Peter Okoye, who gave himself the stage name, Mr P.

Just month after their split, Peter Okoye kicked off  a world tour and immediately grew his Instagram fans base from about 2 million to 3.5 million.

At that time, his brother, Paul Okoye who was worst hit by the split was still at home trying to make plans to outshine his twin brother.

It took him over a year to get himself back together.

Even though Peter seems to be getting the upper hand now, Paul is also making a come back.

As it stands, Peter Okoye has over 5 million Instagram followers while Paul has 3.3millions.

He recently performed at a concert that held in  Suriname South America yesterday with many more to go.

According to an entertainment insider, Paul who understands the rule of the game also staged a fake stage fall for publicity stunt and it is working well for him.

NaijaGists.com check confirmed that the singer got over 250,000 followers 24 hours after the staged news.

My Mother Told Me She Is A Witch Using Witchcraft To Protect Me – Afflicted Man Cries Out
Peter Okoye Gives Away Free Money, Promises To Launch Big Zoom Platform To Help Raise Fans