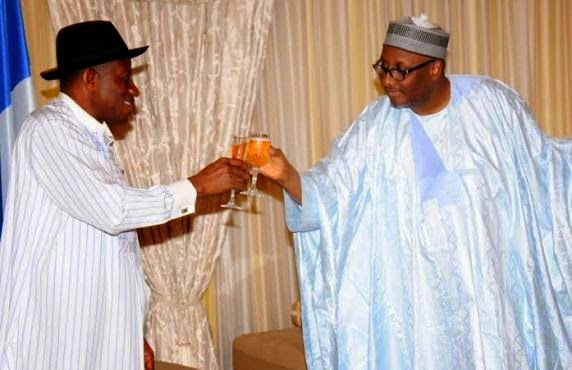 The outgoing Peoples Democratic Party (PDP) governors and the party’s na­tional working committee (NWC) are set for a show­down over the resolve of the former to mobilise sup­port for the removal of the National Chairman of the party, Adamu Mu’azu and his team.

A party source revealed that the governors were pushing for the sack of the national of­ficers of the party, whom they blamed for the poor outing of the PDP in the just concluded general elections.

The source revealed that a meeting of the PDP Gov­ernors’ Forum was held in Abuja with Adamu Mu’azu and the party’s National Le­gal Adviser, Victor Kwom, in attendance to brainstorm on why the party lost and the way forward.

Checks by Daily Sun, how­ever, revealed that the plot to push out Mu’azu and his col­leagues was hatched after he left the venue of the meeting with Kwom.

It was gathered that the governors blamed the national officers for their alleged half-hearted commitment to the party presidential campaigns and the manner they handled the party primaries which they noted created a lot of disaffec­tion and distractions for Presi­dent Goodluck Jonathan.

Further checks revealed that the party’s NWC got wind of the plot by the outgoing gov­ernors and had vowed to fight back to nip the plan in the bud.

A member of the PDP NWC told Daily Sun in confi­dence on phone: “We are wait­ing for them. We know they want to push for an emergency National Executive Commit­tee (NEC) before President Jonathan’s handover date.

“Let there be a dispassion­ate post-mortem on why we lost. Enough of this buck-passing by those whose impu­nity in their respective states pushed a lot of well meaning individuals out of PDP state chapters.

“It wasn’t the NWC that canvassed automatic ticket for Dr. Jonathan. This same Governor Akpabio led his colleagues and we all know what transpired at the Board of Trustees, the NEC meetings and who said what. “

The national officer also alleged that the Akwa Ibom State governor was using the PDP Governors’ Forum to usurp the functions of the NWC, a statutory organ of the party.