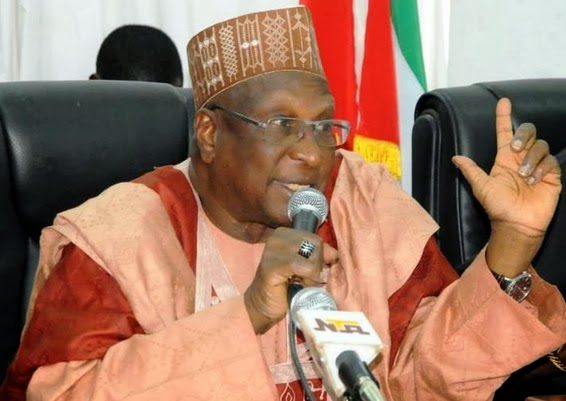 If the story making round is true, then the National Chairman of the party, Alhaji Bamanga Tukur has resigned.

According to Presidency sources, the PDP chairman was forced to resign by President Jonathan during a short meeting he had with him.

As gathered, the President had reminded the embattled chairman of a letter from the Independent National Electoral Commission [INEC] stating that the national executive council of the PDP was illegally constituted. Mr. President told the embattled Chairman that the letter can be recalled into play.

Tukur however refused to step down until he became aware of the upcoming vote of no-confidence meeting coming up on Thursday January 16th, 2014 against him.

To avert the vote of no confidence, Alhaji Bamanga Tukur hurried a resignation letter – and dated his resignation for January 15, 2014 – after the Muslim holiday.

“The national chairman of PDP Alhaji Bamangar Tukur has resigned. This is a step in the right direction. PDP clap for yourself” – Femi Fani Kayode said on FB

“FLASH Tukur eats his own words! Resigns? Chairman of the Peoples Democratic Party, PDP Malam Bamanga Tukur is reported to have submitted his resignation letter to the PDP and the Presidency” – Kayode O said via FB

PDP party is about to crumble.

Obasanjo’s exit has caused a lot of confusion in the party.