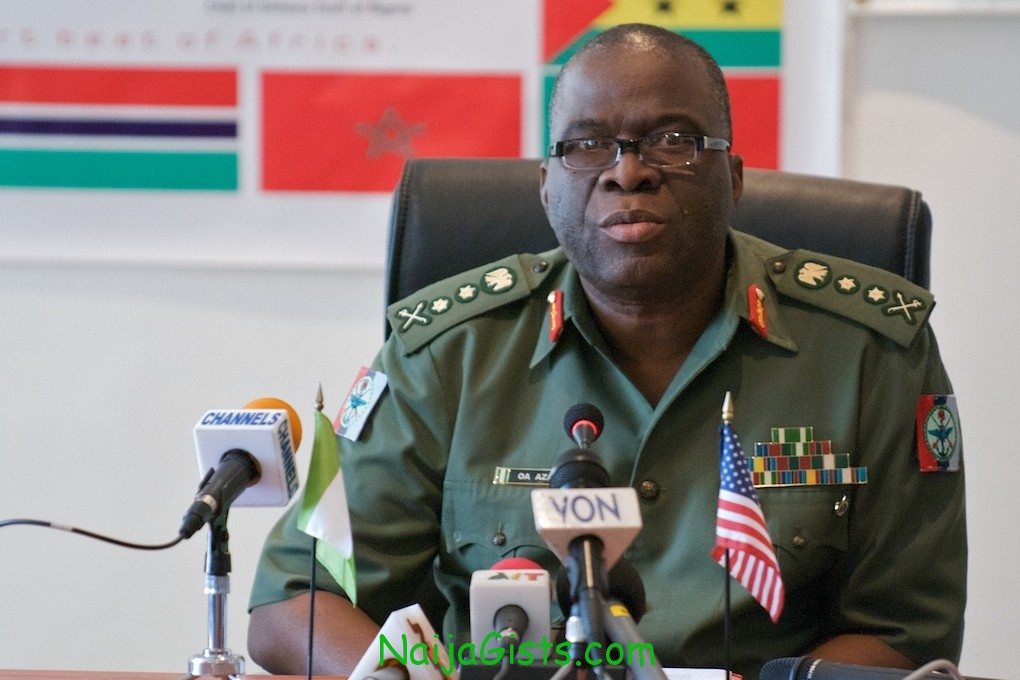 The National Security Adviser, General Owoye Azazi has placed part of the security challenges facing the country at the doorstep of the Peoples Democratic Party (PDP), when it politicise security by projecting certain persons or ethnic groups as capable of ruling while others are not. naijagists.com

Azazi who made this frank disclosure on Friday on the subject, “Conversations on Terrorism and Securing the Gulf of Guinea” at the ongoing 2nd South-South Economic Summit, holding in Asaba, Delta State, said PDP got it wrong from the beginning by saying that “Mr. A can rule, but Mr. B cannot rule,” adding that this view created the climate of security threats facing Nigeria today.

The Security Adviser to President Jonathan who said though members of PDP have not always been comfortable with this frank opinion whenever he mentions it, said except those political issues are addressed, it will be difficult to get to the root of the challenges.

According to him, Boko Haram is a religious crisis, but that it is all about economic problem, adding that to alleviate this problem, there is need for economic empowerment and human capital development.

“What started several years ago was not realised. For instance, the Boko Haram, very many persons said because they were hungry, but nobody bothered to check why the indiscriminate attacks. We must understand the critical causes of insecurity,” he said.

According to PM report, while calling on politicians to put their houses in order by seeing all persons as capable of holding any political office irrespective of the ethnic groups they belong, he added: “in your parties, talk to yourselves.”

Gen. Azazi who fingered lack of infrastructure in Nigeria as threat to security, observed that in Delta and Edo States, there has been an increase in the rate of robbery and kidnapping activities, adding that to reduce them, there should be need for an efficient, motivated security outfit.

“Do we have a police force we can rely on? People do not have enough confidence in our security agencies, but we can join hands to reform the police force. My intention is to give you hope that if you work with us, security can improve,” Azazi said.

While calling for steps to be taken to reduce security problems, Gen. Azazi said comprehensive assessment must be carried out as it is impossible for government alone to provide security, adding that there is need for all to understand the major problems creating insecurity and for the government to create a good environment for people to live in.