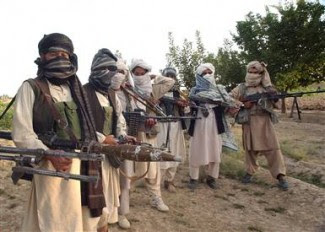 2 terrorists linked to Taliban have been executed following the massacre of over 148 students and teachers at Peshawar army school on Tuesday.

The officials who confirmed the executions spoke on condition of anonymity because they were not authorised to speak to the media.