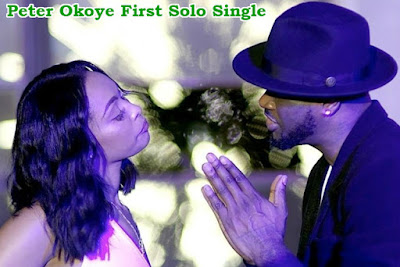 October 23, 2017 – Peter Okoye Releases First Solo Single “Cool It Down” Video, Urges Nigerians To Stop Being Afraid Of Starting All Over

Psquare’s star boy, Peter Okoye who now goes by the name of Mr P has official launched a solo titled “Cool It Down”.

The song which has been trending since he released it over the weekend has renewed talked of the group breakup on the social media, with fans mostly praising Peter for pronouncing his singing ability.

Although the song was described as a great effort, some of his fans still feel that there is something missing, thereby urging both artistes to bury their differences and come back as the popular P-Square group. For Mr P, words cannot express how he is feeling at the moment, with the positive reviews pouring in after the release of the single.

“Words cannot express how thankful I am on the great reviews I’m receiving on my official new single ‘Cool It Down’. Thanks so much for the love and support family, really feel honored”.

The artiste also urged others not to be afraid of starting over,

“Don’t be afraid to start over. It’s a brand new opportunity to rebuild what you truly want,” he said.

Watch the official video of Peter Okoye’s first solo single, “Cool It Down” below