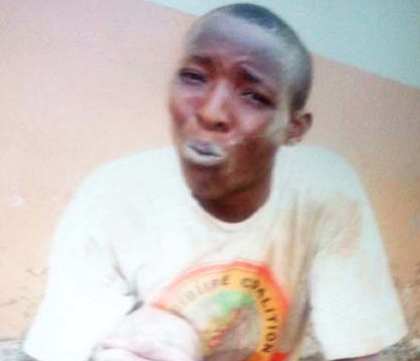 Ekiti State Police officials are about to unravel the mystery behind the incessant beheadings that has plaqued the state in the past one month.

A week after some suspected ritualists beheaded 3 people in Oye and Omu area of Ekiti state, another mystery beheading has occurred and this time around police caught up with the suspect.

The man pictured here Tosin Oluwatosin and his brother David Olutosin were accused of killing a 12-year-old boy.

While David managed to escape, Oluwatosin was not that lucky as he was caught with the fresh head of a boy in Ifaki Ekiti, Odo Osi LGA of Ekiti state yesterday around 3:35pm. 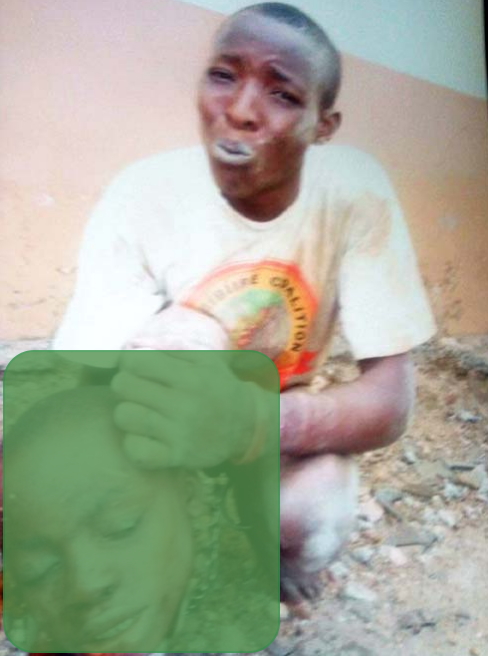 The suspect is currently being grilled by homicide detectives at the State Police Headquarter to see if the 2 brothers were behind the recent spate of beheadings in the state.