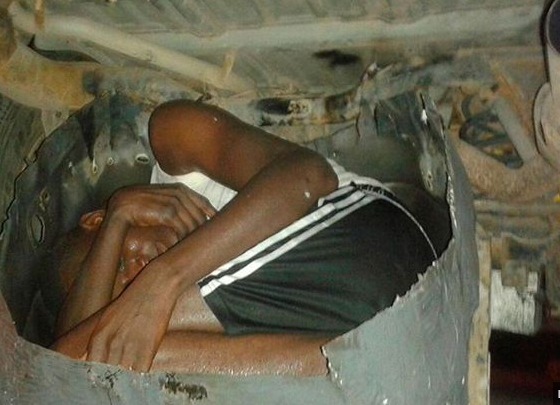 Pictured above is a teenager trying to enter Spain inside the spare wheel of a lorry.

He was caught by customs officers at Aduanna de Beni Enzar in Melilla, Spain in the cramped space almost lifeless. The custom officers said the teenager was about to die of suffocation when they say him. 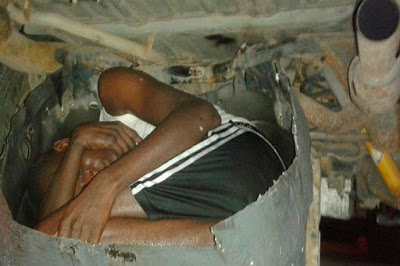 The lorry driver, a 39-year-old Spanish man has been arrested for human trafficking.