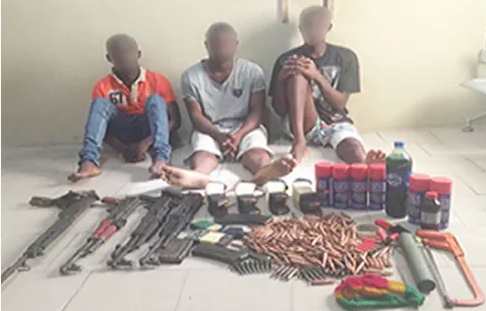 Members of a notorious criminal gang who specialise in dressing as women to carry out robberies, assassinations, kidnappings and car snatching in the South East and South West have been arrested.

After 3 years of incessant terror, a team of police operatives of IGP Special Intelligence Team dressed as undercover agents picked up the gang members one by one in Port Harcourt.

Umeh, the leader of the gang bragged that he was a philanthropist, a good man at heart.

Each time I go for operation and am successful, I would buy bags of rice, noodles, diapers, baby milk and give some money to orphanage homes. There was a time I bought a set of drums for a prophet. The prophet used to pray for me.”