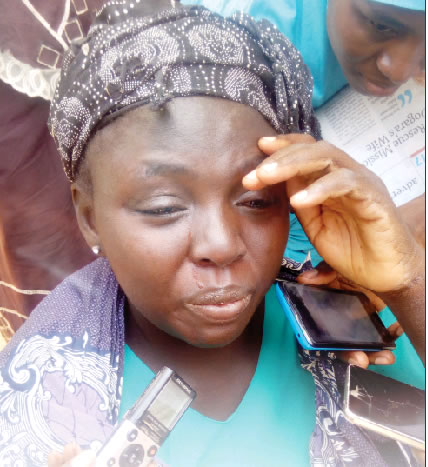 A very irresponsible and heartless ‘mother from hell’ has been arrested for allegedly throwing her newborn baby into the pit latrine toilet immediately after delivery in Bauchi state.

The Plateau indigene identified as James Juliana cried bitterly yesterday at the Bauchi state Police Headquarter after her arrest.

She blamed the current recession and her husband’s worsening health condition for her action.

She was said to have dumped the newborn alive in a soakaway pit right after birth but the cry of the innocent child attracted neighbours who rescued him alive after nearly 12 hours.

He was rushed to the hospital for medical attention before he was handed over to Bauchi State social welfare officers.

This is what the woman who already has six other children told reporters yesterday:

The officials of Bauchi State Police Command did not buy her cover up story.

The Command spokesman said Juliana will soon be charged to court.