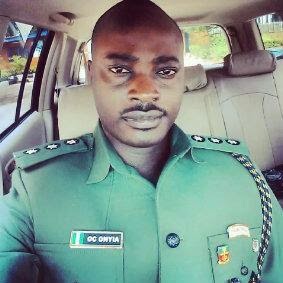 Nigerian army lost of one of their own yesterday in Borno State.

Captain Charles Onyia died in the line of duty yesterday when Boko Haram laid an ambush against his men.

6 other soldiers died in the attack.