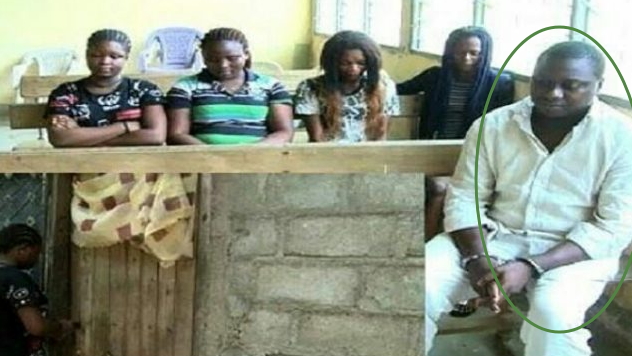 The girls housed in a hotel in Cameroon while their travel documents were being processed had to open up to Cameroonian residents when they ran out of food and money.

Discrete police investigation revealed that Sona was a member of a criminal gang involved in trafficking sex workers to Europe.

He allegedly promised the Nigerian ladies a trip to Russia if they agree to work for his network which they obliged to but on getting to Cameroon, the story changed.

The girls later opened up to residents when they sensed that Sona was only using them as local prostitutes in Cameroon.

They have been handed over to the Nigerian consulate in Buea, Cameroon for repatriation to Nigeria.