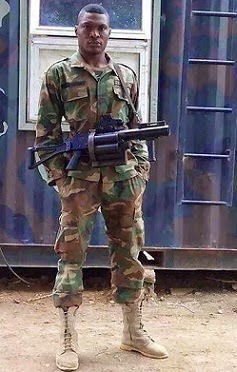 A hero who died while fighting to defend his country in the North has been peacefully laid to rest.

23-year-old Obinna Izuala, a native of Ndiagbo community in Enugu State was killed on the 9th of September by the dreaded Boko Haram jihadists but all efforts to retrieve his corpse proved abortive.

Recently his family members travelled around mortuaries in Borno where his corpse was identified.

He was taken back home over the weekend for a befitting burial.

Here is a photo from late Obinna Izuala’s burial ceremony in Enugu. 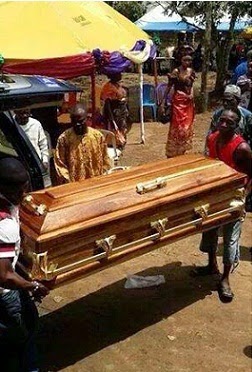