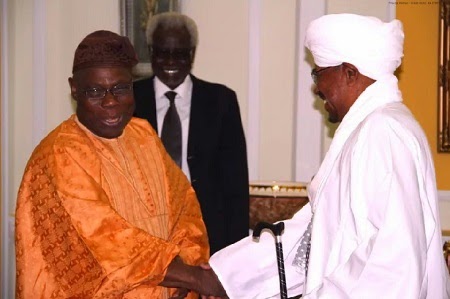 Ex-President Obasanjo was in Khartoum, Sudan over the weekend where he met with the country’s President Omar al-Bashir over the state of insecurity and economic instability in Africa especially the crisis going on in Libya.

Obasanjo reportedly spend over 30 minutes with Omar behind close doors. He spoke with the media shortly after the meeting.