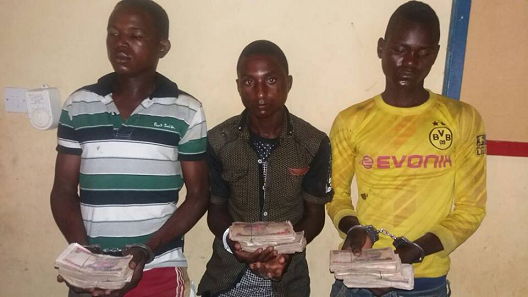 The troops also recovered a bag containing the sum of Four Hundred and Thirty Nine Thousand Naira (N439k) and some personal items from the suspects. The amount was allegedly their share from a paid ransom of a recent kidnap incident.

Another suspected kidnapper, Jibrin Dakam, was arrested same day at Magama, also in Toro LGA, by the troops.The suspect allegedly escaped from their den at Jenge following the military Operation Forest Kunama at Lame-Burra Forest recently.