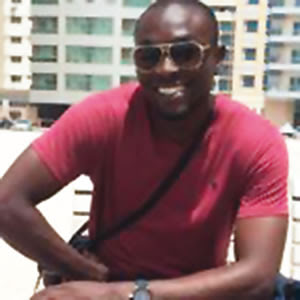 A brilliant guy who graduated from the University of Lagos has been arrested for sexually assaulting a Sickle Cell sufferer in Lekki.

The 30-year-old suspect identified as Imonitie Ilen Otuma allegedly raped his ex-girlfriend, a 27-year-old lady simply identified as Precious at the back of his car in Lekki area of Lagos.

Hear what the mother of the victim said about the aggravated sexual assault:

“My daughter is a sickle cell sufferer. She met Imonitie in the university. He was a year ahead of her. They started dating, but my daughter warned him that there would be no sex until they got married. Later, she learnt that the man had dated one of her friends, which Imonitie confirmed. So, since that time, they ended the relationship.

“The week that the incident happened, she said both of them met again on BBM, and he started persuading her to let them go out again. On that Friday, he called her and said he was taking her to see a movie.

“After the movie, they went clubbing in the Lekki area, where he raped her. She told us that she was not feeling strong. She said she remembered being walked out of the club to the back of Imonitie’s car.

“But when she opened her eyes, it was daytime, and he was on top of her at the back of the car. That was when the struggle started. He beat her up, squeezed her neck, while she begged him that she was a virgin, and he should not rape her. But he ignored her pleas and after the act, he gave her some tissues to clean the blood.”

The suspect has been transferred to SCID Yaba while the victim is being treated at the hospital.