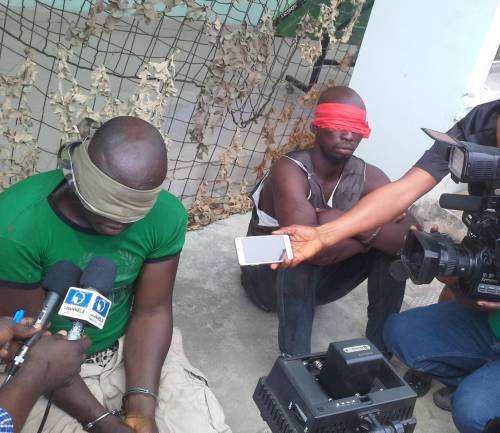 The masterminds behind the incessant bombing of oil pipelines in the Niger Delta region have been arrested.

Apochi said his troops nabbed the suspects at their hideout yesterday and that they have confessed to the crime.

The suspects who identified themselves as General Eagle and General VIP claimed that they are the masterminds behind attacks on Agip’s oilfields in Bayelsa State.