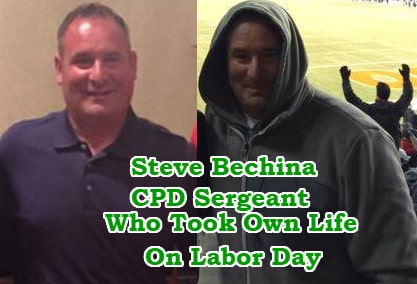 Meet Sergeant Steve Bechina of the Chicago Police Department who took his own life while on duty in Chicago yesterday.

The father of three reportedly shot himself in a squard car as American marks 2018 Labor Day on Monday the 3rd of September 2018.

47-year-old Steve whose lifeless body was found by a fellow officer was rushed to the hospital where he was pronounced dead moments later. 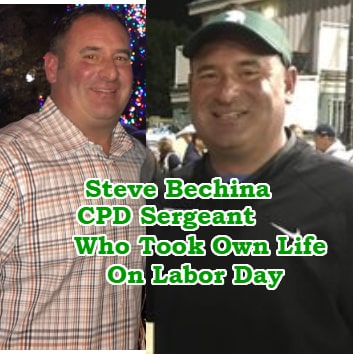 Steve’s apparent suicide comes months after another officer fatal shot himself in a patrol car with his service weapon after struggling with untold hardships.

Here is the scene of the apparent suicide.