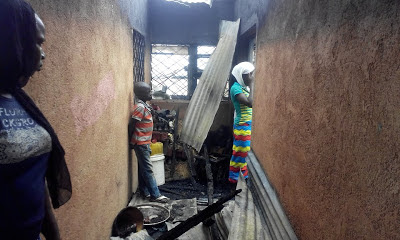 Former aide to ex-Plateau State Governor Fidelis Tapgun was today burnt to ashes in his home in Jenta Adamu area of Jos.

The victim identified as Police ASP Anthony Kwame (Rtd) was killed alongside his 2 daughters (Kerry & Theresa) and a son (Emmanuel) when fire gutted their residence around 1:30am immediately after the Nigeria and Sweden match.

The fire reportedly caused by electrical fault destroyed the house and property worth over 10 million naira.

The two survivors of the inferno, the wife of the deceased officer and his other daughter who survived the early morning inferno were left with severe burns.

They are currently on admission at Plateau Specialist Hospital.

See photos from the scene of the disaster. 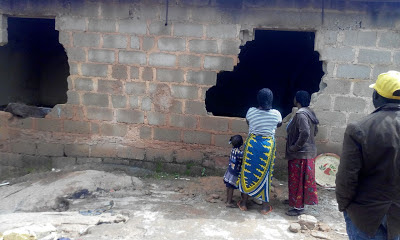 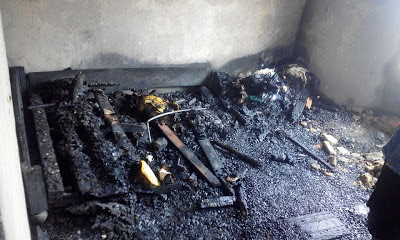 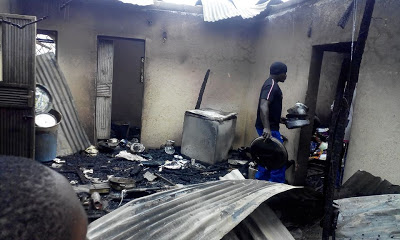